Together with Paul Allen, Bill Gates founded Microsoft in 1975. Ten years later, Gates introduced a Windows program for personal computers. Both of which were in connection with Mr. Gates’ experience with developing software in the 1970s which would eventually define how we use personal computers today.  Gates is one of the richest people in the world.  Together with Melinda, they established the Gates Foundation, which focuses on public policy and public health. They have been known as one of the most generous philanthropists of all time.

Over the past decade, Gates has provided information and warnings about the potential of a new virus forming that will be equal to the Spanish Flu of over a century ago. From 1918 to 1921 the flu infected as many as 500 million globally and killed a tenth of that population.  The causes of the flu stemmed from World War I.  With the Corona Virus, that is being followed more closely as there are talks of the virus coming in waves, the second one being the deadlier form than the first. Yet the causes of the virus has been wide spread. Some have pointed to a mishap in one of the labs. Others (even the majority) have claimed that the environmental degradation caused by development of cities and agriculture, combined with climate change, may have triggered the first of several deadly virus that could kill off the global population en masse.  In either case, governments have not paid attention to the dangers……

To better understand the missing warning signs and how we can respond now to Co-Vid 19 and even to other viruses that will succeed Corona, I’ve presented a pair of TED Talks on this topic, as addressed by Bill Gates.  The first one talks about the virus we were not even close of being prepared. It was a TED Talk done in March 2015:

The second one is a 50+ minute interview on the possible responses to the current virus, including how The Gates Foundation is responding to the virus.  One needs to keep in mind that Corona is the first of many viruses that will affect global society in many ways- one even more drammatic than the other.

A separate article that follows (you can click here to read) looks at the lessons we can learn from the Corona Virus from his point of view. Please takes all of these points by heart for we are now living in the new norm, where instead of nuclear weapons and guns, the health of our state- both involving the human body (physio and psycho) as well as the environment will become our top concern, and for generations to come. 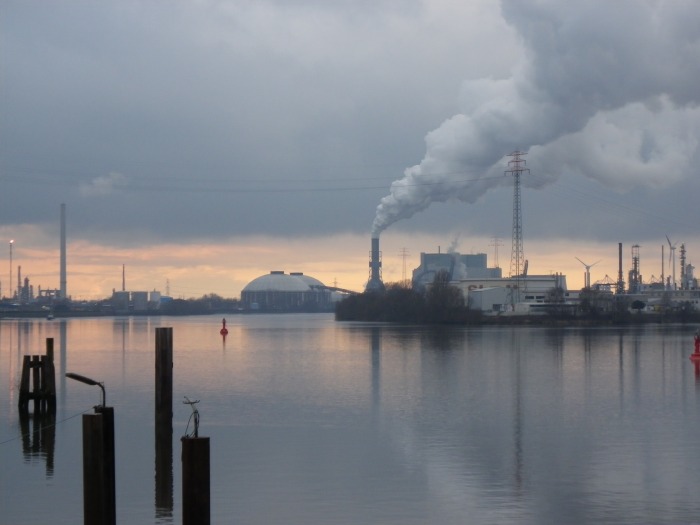 There have been some talk about the Fridays for the Future Demonstrations and all of the advantages and disadvantages of students walking out of school to demonstrate for climate change. On one side of the spectrum, skipping classes to demonstrate has had a resounding effect on politics and policies of each country, forcing governments to reconsider their laws and heed to the demands of the demonstrators. There are enough examples, big and small, that support this argument, including the top three that I have:

But by the same token, many teachers and parents, as well as some politicians feel that skipping school to protest climate change is just a waste of time and that time should be spent discussing this in the classroom.

But as you can see in the TED-Talk speech by 16-year old Greta Thunberg, there has been too much talk and too little action. Many turn a blind eye for the sake of popularity and money. Too much  money has been wasted for conferences and speeches. And when the situation becomes unbearable where even the youngest generation walks out to protest the changes in our environment which are slowly becoming irreversible, then the time for talk is over and the time to act is now. The talk looks at the origins of the Friday for the Future demonstrations and how it has evolved since she started the walk-out process at her high school in Sweden.

Watch or listen to this speech and ask yourself what can be done to stop the destructive changes that are taking place to our planet. There are enough things to be done without talking about it.

While we have been talking about the fall of capitalism and countries in Europe introducing a general income for all, some of us wonder if there is a correlation between poverty and intelligence, or poverty and health. While there have been many (and sometimes important) studies that definitely confirm the latter, there is very little written or even spoken about the former.

That is until a TED-talk session in 2017, where Dutch historian Rutger Bregman, debunks the claim that poverty and intelligence are related. Bregman specializes in the history of economics and society and has done talks and written many pieces in this field. In this TED talk session, Bregman claims that the correlation relating to poverty has more to do with one lacking cash for the basic necessities: food, education, shelter and clothing, and less with the character of the person him-/herself. Even the brightest persons in the world happen to be poor. As a result, he pushes for a national general income for all program to encourage people to have these necessities and not treat them as a luxury. Interestingly enough, it was introduced in the Netherlands in the 1970s and produces surprising results.

Details are in his speech. Watch it and ask yourself if a general income for all would be of advantage to your country’s population and if so, how?