American Football: a national past time. Every year in the Fall, we would flock to the football stadiums and watch the two teams, each consisting of 11 men, dressed up in football uniforms and helmets, move the ball to each other’s end zone to score. There are spectacular catches by the wide receivers; just as many deep throws by the quarterbacks or pushing the linemen back by the running backs; just as many as clean tackles by the defensive linemen; but also just as many boos and cussing by penalties that are debateable, just to name a few. 2019 marked the 150th anniversary of the first game of the sport of football. As it developed over the years, rules and regulations were refined and equipment was reshaped to make the game safer for everyone to play. The most popular foot league in the world is the National Football League, which celebrates its 100th year in the 2019/20 football season. The most popular game in the US celebrated its 50th anniversary in 2017- the Super Bowl.

Despite all these facts, what do we know about the sport? This is where the Files has a cool activity series  for you to try out. Consisting of a guessing quiz and some exercises in connection with English grammar, this guide will give you a chance to test your history of the sport. At the same time, it will also test your skills involving active and passive verb forms in English.

To better understand how they work, a table below shows you how they function: 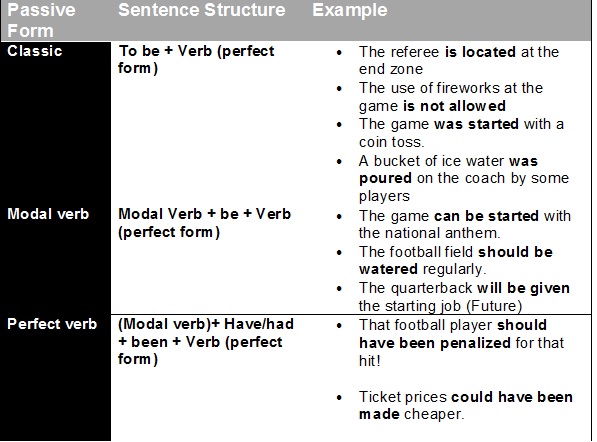 A more detailed version can be found with some activities involving the history of street lamps, which you can click  here.

So without further ado, have a seat and try these exercises out. Good luck! 🙂

EXERCISE 1: Use the verbs in parenthesis and complete the sentence in the lined blank. In the dotted blank, choose the correct answer in the multiple choice below. 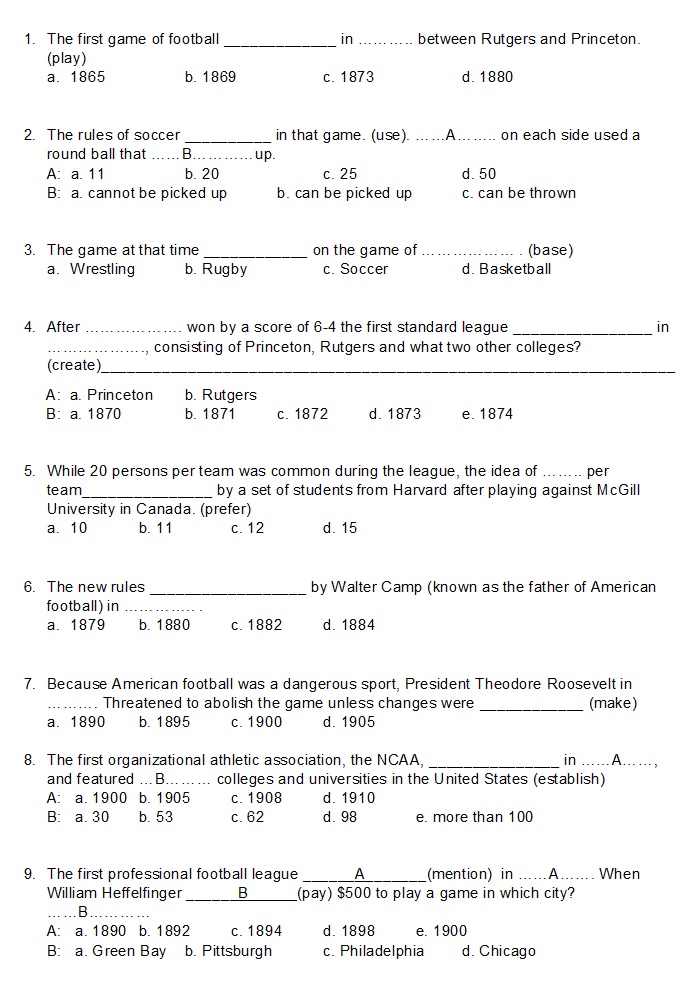 EXERCISE 2: Look at the following sentences below and determine whether they are active or passive. Mark with an A or a P, respectively. The verbs have been marked in bold print. 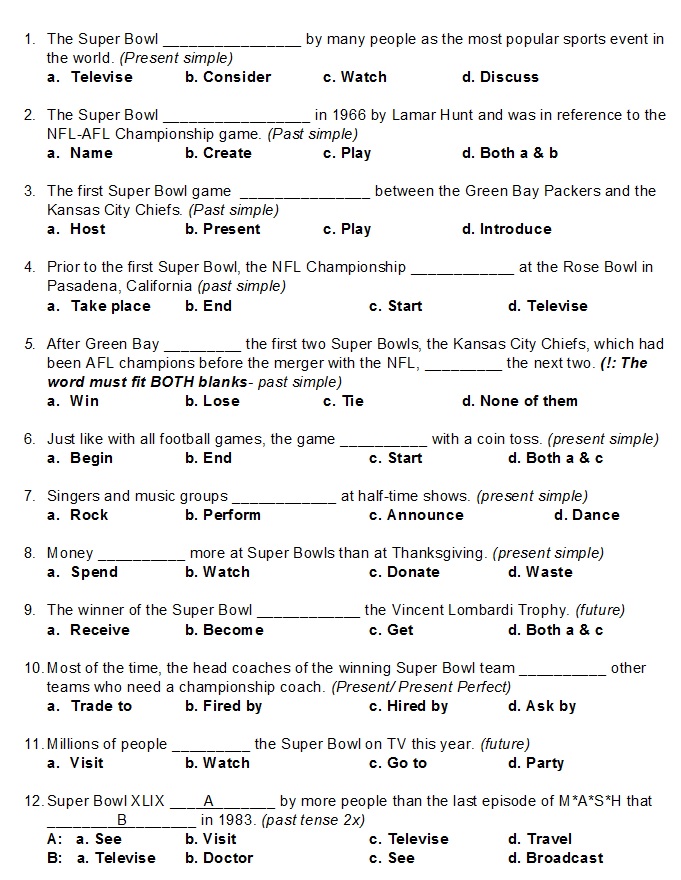 Which of the cities were NOT the founding fathers of the NFL?

Which NFL Team in the present-day is the oldest?

Prior to the first Super Bowl, which NFL team won the most number of championships?

What was the highest number of points scored ever in an NFL championship prior to the first Super Bowl?

And since the Super Bowl started?

Which NFL Team(s) has made the Super Bowl the most number of times?

Which NFL Team(s) has won the most number of Super Bowl Championships?

Which NFL Team(s) has attended the Super Bowl the most but has yet to win one?

The answer sheet can be found here. Have fun! 🙂