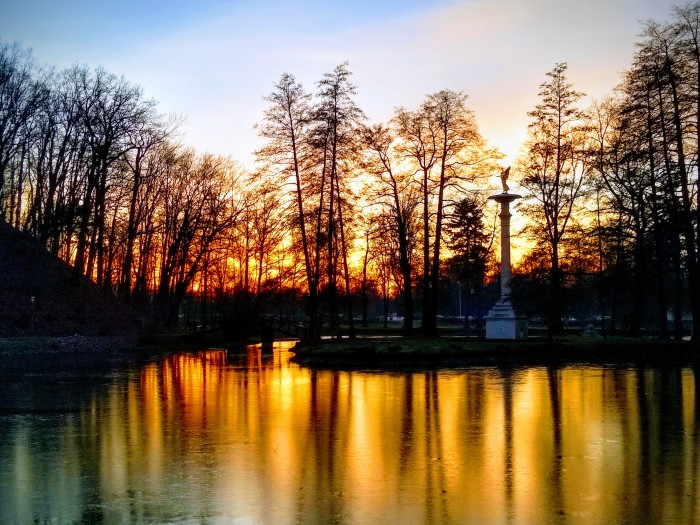 For many of us who believe in symbols and superstitions, we have a tradition on New Year’s Eve where we would all gather around a table, laden with a bowl of cold water and a candle, melt either lead or wax, pour the melted good into the water and watch it make its form. Then we spend minutes interpreting the figures and determining what they could possibly mean. The activity, known as Blei- or Wachsgiessen (melting lead or wax), is a tradition that has been around for ages and is a great alternative to setting off fireworks or bar-hopping, which takes more than just your wallet if you’re too careless.

My symbol was the dragon. And according to the website, a dragon is a fighter bound to defeat its enemies in spite of hefty opposition.  Given my fighting spirit in the face of everything that is happening around us, it would be safe to say that 2020 is the year where we go to battle and our actions will determine which direction we will be going from then on, going forward.

In a way, I’m happy that the second decade is over. It had started out promising, with President Obama, the Arab Spring, the road to recovery after the Great Crash of 2008 and all. It climaxed with the revelation of widening gaps between social classes, race, political parties and countries, with the need to find an alternative to the old system. It ended with the alternatives that are accelerating the process of destroying our planet, the inhabitants that are living on it, and the systems that we had put into place to regulate trade and protect the environment at the same time.  The concept of Make America Great Again was nothing more than propaganda where supporters backed a president that went golfing once a week at our expense, tweeted vile language at anyone who opposed him and considered the real events unfolding around the Earth as fake news. The money we gave him went up in smoke, just like the money spent on fireworks here in Germany.

Poof!!! And many in Brazil, India, Japan, Poland, Hungary and Australia (just to name a few) think it is ok?  For many who have seen the events unfold, they have stood up and said “BS!”  Be it the survivors of the Parkland shootings, or Greta Thunberg. Be it the refugees fleeing their homes that are inhabitable. Be it us.

And what have we done about this? We express our concerns on social media and are met with vile comments from people we thought were our friends and family members. End result: We unfriend them but not before defaming each other in front of others.  Since Donald Trump has been president in the US, I’ve unfriended and/or blocked at least 20 people- family members, friends, friends of my parents, people from my groups, etc., because of their political propaganda that is “In your face!”, hateful, and on the same level as Hitler’s Nazi Propaganda in the 1930s.  The 2020 Trump Campaign of “Keep America Great!” was a real turn-off and running along the same lines of ignorance, hate and the continuation of that for another four years.  Don’t ask me how many times I’ve mentioned Neo and Naziism to Trump’s policies on social media.

And now we’ve entered the third decade of the third millenium, faced with uncertainty and decisions that are painful but need to be made- decisions that will change the direction of our lives on this planet. We know that the situation we’re facing cannot go on anymore, nor the mentality of business as usual. Change needs to come, but we need to work together and come up with constructive measures to initiate change so that we can all benefit from it.  After all, our children are relying on us to make these changes. People from all corners of the planet are relying on us to make these changes. Even animals facing extinction- be it koalas and kangaroos in Australia, marine life in the Pacific, Polar Bears in the Arctic Circle, millions of forms of insects in the Americas and Europe- are relying on us to make the changes to save their populations and regenerate them in better living conditions.  All aspects of life are asking us to do us that favor, for the world is not doing us any favors. In fact, time is running against us, and with that, all the possible natural disasters that we’ve been facing in the last decade…..

….with the next one waiting for us like the grim reeper at our own doorstep.  And as a Denkzettel, keep this in mind: Material things can be replaced. Humans and animals cannot. Once they’re gone, we will never get them back, ever.

So to conclude this doom and gloom with 2020 in our backyard, I have this challenge for each and every one of you who is reading this (and hopefully sharing this with others):

And as “We the people”, we can do better.  Let’s start or join rallies to support our cause for protecting our future. Let’s donate our time, money and expertise in organizations that help the animals, the poor and disadvantaged as well as those that help save our planet. Plant a tree (a week) and take care of them. Let’s change our way of life: recycle our products, consume less meat and more plants, use LEDs instead of gas-powered bulbs, drive E-cars or those that are environmentally friendly. Let’s travel locally and not globally. Let’s invest in the bike for commuting in big cities. Let’s revitalize our railroad system to encourage travel instead of using the car.  Let’s rethink the way we develop the region so that we have more green than concrete.

But most importantly, let’s think for ourselves and not be influenced by politics. We should take the time and look at the candidates who are running for office and their track record. If there’s nothing pertaining to environmental policies, ask them inconvenient questions and follow up on them. If they cannot get it done, elect someone who will. This will be key for the US elections in 2020, but it will be the same in other countries. I know we don’t like what we are seeing right now. The question is why? Nine times out of ten, it has to do with our environmental policies that impact us all.

This proactive movement is constructive, will win more support than what you win when posting on social media, and will help our planet more than when we do nothing but bicker.  If we can get people to do more for our region, our country and even our planet, we will be able to turn this trend around and have a planet that is liveable for our future generations.  Fridays for Future demonstrations have helped so far, it is now up to us to pick it up from there and finally do something.  If not for ourselves, for our children.

If this year is the year of the dragon, let us go out and fight like one. After all, our actions will have an impact on our planet, regardless if they are big and small. The time to do it is now, which is why I’m getting off the social media now, putting on my armour and getting the sword prepared. Our battle to save our planet begins now.

And you should do the same.

The Flensburg Files and sister column The Bridgehunter’s Chronicles are celebrating 10 years of blogging and columns. While we still have some “After-Christmas” clean-up this month, some other series in connection to FleFi’s 10 years will be coming up during the year, including some pertaining to the 2020 Elections in the US. Stay tuned and subscribe to the Files to follow.

The Chronicles is still holding the Bridgehunter Awards between now and January 10th. To participate in the voting, click here.