German Bundestag voted unaminously to uphold the country’s limitless speeding on its motorways, raising questions on the country’s path towards a greener climate

BERLIN- Germany is the only industrialized country where people can speed as fast as they can on the country’s Autobahn (motorway/freeway). It’s a part of their culture, especially with the likes of Volkswagen, Opel, Audi and BMWs racing as fast as 250 km/h (120 mph) along long stretches.  Over 70% of German motorways have no speed limits. The 30% that do have it come from traveling in and around cities and metropolitan areas, as well as in built-up, high risk areas.

On Friday, the German Bundestag voted unanimously to uphold this classic tradition. The bill to put a cap on speeding on all of Germany’s motorways to 130 km/h (80 mph) was shot down by a vote of 498 to 126. Only seven ministers abstained from the vote. The bill was introduced by the Green party in January due to the high number of accidents on its motorways combined with the increase in air pollution caused by too many (speeding) cars on the highway.  Anton Hofreiter, Leader of the Alliance ‘90 / The Greens in the Bundestag, said that speed limits in Germany were “long overdue” and called on ministers to vote in favour for the sake of the environment and road safety. “Those who want to make motorways safer and the traffic flow more smoothly must back a speed limit,” he told press shortly before the vote.

Opponents of the bill claimed that having a nationwide speed limit is not an effective way to reduce emissions caused by transport. Even Transport Minister Andreas Scheuer has since dismissed the idea as “[defying] all common sense.”  Cem Ӧzdemir, the Green party chair of the Committee on Transport, had accused Scheuer of “defending a transport policy from the day before yesterday. ” Yet in response to the rejection yesterday, he stated “As is so often the case with Greens proposals, we present them, and eventually there’ll be a majority behind them.” The measure didn’t even receive the support from the German federal government, consisting of the Grand Coalition of the CDU and SPD, as it had rejected the proposal when it was introduced in January.

The outright rejection of speed limit laws makes Germany the only country in the European Union with no speed limit on its motorways. As seen in the map above, most European countries have a 130 km/h speed limit with neighboring Poland having a 140 speed limit. Germany is also the only industrialized country in the world where people can speed as fast as they want, dwarfing even the speed limits of the US and Canada.

The rejection also raises questions of the direction of the German government in terms of environmental policies. Even after Greta Thunberg’s Fridays for Future Movement and her subsequential visit to Brussels and New York, German policies in reducing carbon emissions have proven to be weak and not effective. The 54 billion Euro package was passed last month and featured dozens of measures to encourage phasing out the use of coal and gas and introduce electric cars and cheaper rail travel. Germany’s goal is to reduce its emissions to 55% of the 1990 levels by 2030 and become carbon-neutral by 2050. The measure has been met with a sandwich of criticism from environmentalists claiming that they were not enough and opponents saying the measures are too expensive and will do more harm than good for the economic state. 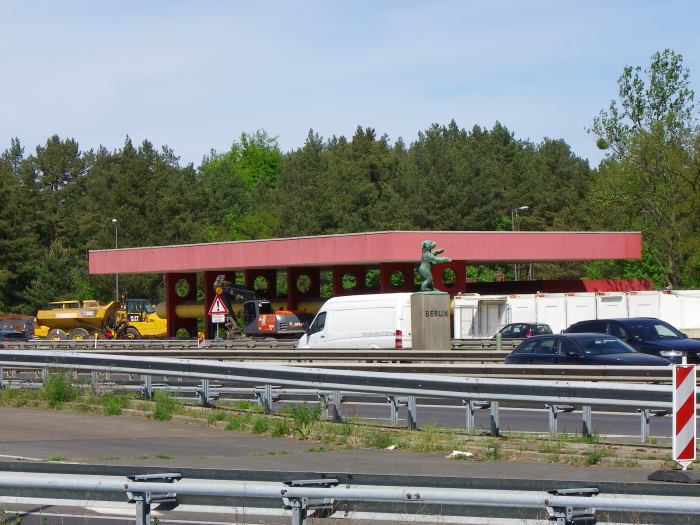 With the rejection of the speed limit laws, the Greens will have to go back to the drawing board to find creative ways to reintroduce the laws. But with Chancellor Merkel not seeking another term in 2021 and uncertainty with both the SPD and CDU in the near future, the proposal will most likely have to wait until a new chancellor is in power and a new coalition is built. By that time, the Greens will have more support than at present, even on the European scale. The EU will most likely amp up pressure on Berlin to take action on this issue. And the next chancellor will be more favorable to the safety of motorists and the environment which will make speed limits more a reality then than it is right now.