On May 23, 1949, the Grundgesetz, the constitution of the Federal Republic of Germany came into effect. By the way, I myself was born 5 days later and I am happy and proud having lived for all these years under this Basic Law which is widely regarded as one of the best constitutions in world. […] 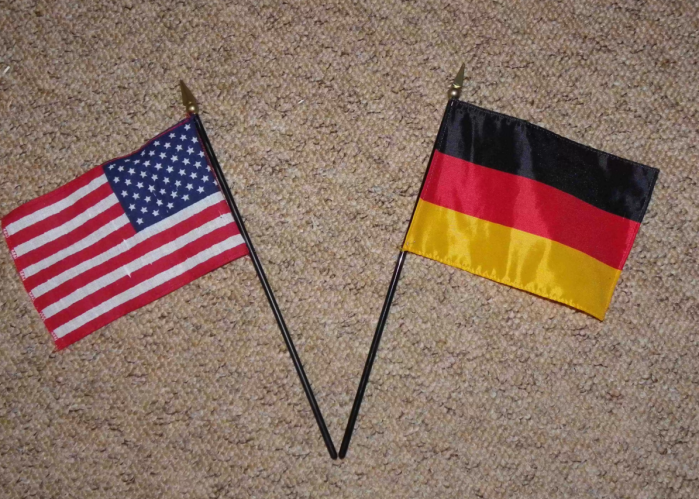 BONN- On this day 70 years ago, the German Constitution was ratified, thus ushering in the Federal Republic of Germany (Bundesrepublik Deutschland). It was the first democratic government since the Weimar Republic, which was created in 1919 but lasted only 14 years. It also brought in its first chancellor Konrad Adenauer, who until 1998, became the longest tenured chancellor in modern German history, having served from 1949 until his resignation in 1963. Bonn was its capital until 1994, when it was moved to Berlin, five years after East and West Germany reunited. Since 1999, all federal Offices and the German parliament are conducted in Berlin.

While Germany has some Milestones to celebrate, it is interesting to see how the West German government ratified the Constitution, which still remains in use and is discussed to this day (See the previous article on it here.). Two “Exemplars” on its ratification can be found in this article below; the first produced by the British channel Pathé, the other in German by Zeitzeuge Portal, which includes interviews with historians and political scientists in German. In either case, they are both interesting to see the reaction to the creation of West Germany from local and outsider perspectives.

May 23rd, 2019. On this day 70 years ago, the West German government, together with the western allies of the US, France and Great Britain ratified the German Consititution, a set of basic laws that are binding and foster equality, freedom of speech and Democracy. The basic laws were the basis for establishing a democratic state, the first since the Weimar Republic of 1919. And unlike the Republic, which was dissolved with the rise of Adolf Hitler, who ushered in the era of Naziism 14 years later, the German Constitution has become the solid rock, one of the examples of how Democracy works even to this day, despite going through the hardships in the sense of politics, society and the economy.  This was even adapted by the former East German government in 1990 as part of the plan to reunify the country.

While there are booklets in many languages that have the Basic Law of Germany, there are some questions that are still open as to how it works in comparison to those in other countries, the US included. This documentary, produced by a bunch of American scholars, gives you an in-depth coverage and discussion to the laws that exist. Albeit Long, one can skip to some of the laws discussed or just simply play it in ist entirety. For those wishing to live in Germany in the future, even temporary, this is rather useful.

Exploration of Literature, Cultures and Knowledge

The Social Vigilante
Pages Below the Vaulted Sky

Book blog with a speculative focus

"for the sake of humanity"... A small town American high school history project changes lives worldwide. These are the observations of a veteran teacher- on the Power of Teaching, the importance of the study of History, and especially the lessons we must learn, and teach, on the Holocaust. Click on "Holocaust Survivors, Liberators Reunited" tab above to begin.

Photographs and stories by Jim Grey

Americans' daily coffee ritual... Come right into our friendly, rhythmic ambiance, It’s a communal enjoin where you can always explore our breakfast, brunch and coffee selections.