There’s no place like home, both on Earth as in Heaven.  When desparation strikes, hope comes when one least expects it, even during the holidays. And in the case of this Genre of the Week, when one falls, hope lies with the next kin, one who is closest to the fallen.  Hans Christian Andersen wrote the Match Girl in 1845 while staying at the Gravenstein Castle near Sonderburg along the Flensburg Fjorde and the main theme of this short story was this symbol of hope in the face of desparation and in this case, death.

The story takes place during the holidays, towards New Year’s Eve. There, a young girl tries to sell matches to make money. She comes from a broken home and is afraid to return, fearing that her father would beat her. Shivering from cold and suffering from early onset of hypothermia, she seeks shelter in a pair of abandoned houses. There, she tries to warm up by using the matches, even though it was strictly forbidden. With each match, she sees a small light and a voice calling her name. When the flame goes out, she lights another match, and after a couple of them, the entire handful. She finds her grandmother, who had cared for her when she was little, her home, which was warm and filled with food, joy, laughter and love, and steps into that world as the flame goes out. The girl succumbs to hypothermia, but smiling because she is in a better place.

The story has been interpreted multiple times over the years by several countries. Even Walt Disney produced an animated film twice- in 1940 as part of the Fantasia series which was scrapped and as a standalone in 2006, which garnered several awards.  In Germany, there were two different films based on the story by Andersen. This one was produced by Joé in 2012:

and this film in 2013 by public TV stations RBB and ARD as part of the series “Sechs in einem Streich” (Six in one Stroke), which started in 2011 and has continued ever since. In this version, a girl (Inga) and a boy (Emil) are living in an orphanage which is run by a ruthless headmaster, who abuses children and is greedy. After coming away with only a couple Thaler, Inga gives the money to Emil and sends him to the orphanage, while Inga keeps the remaining matches and tries desperately to sell them with no avail. She seeks shelter in a home that she had lived with her parents before they died, lights the matches only to see her parents again and she eventually joins them while she perishes peacefully from the cold. The small Emil befriends the police guard named Emil, who takes pity on the kids and in the end, arrests the headmaster of the orphanage. Years later, the younger Emil takes over the orphanage and makes it great again, thanks to help from the community. The making of this latest film, which has garnered a pair of accolades already since its release is below:

The entire film can be seen here.

All of this happens at Christmas time, both as children as well as when Emil takes over the orphanage, years later.

There are many themes that can be taken away from the two film examples but it is best to allow the reader to watch them and get some impressions of his own. From the author’s point of view, the two stories follow closely to what Andersen wrote but with different situations, each one better than the other in terms of bringing hope home to those who need it.

If there is a list of stories and songs that relate to Christmas but not based on the Hallmark classics, then this one should be on the list of things to read (and filmwise, watch). It has all the elements in there that make the holiday seasons and even beyond a special one.  And hence, the Files’ first Genre of the Week for 2019.

Like Loading...
As we look at the 40th anniversary of the Great Blizzard that crippled northern Europe and brought both Germanys to a complete standstill, one factor that should not be left out is the role of photography. Prior to the storm, the only way to get a clear picture of the storm was from the ground. There is an advantage and a disadvantage to that. The advantage is one can get a close-up of the places that are snowed in. Whether it is a house that is covered with meter-high drifts, as seen in many examples in villages in Schleswig-Holstein, or getting a sniper view of an iced-in bay as seen in the picture above, taken by Georg Gasch, one can get an at-level view to see the damages up close. The disadvantage of such an approach is the problems of obstruction of view by unwanted objects and in this case, the cold weather. But furthermore, it misses the big picture, meaning one needs a good bird’s eye view in order to see how bad it really was.

Working for the Spiegel magazine based in Hamburg, Greiser was appointed to take the camera and film the scenes from this wild storm, which was tauted as the worst of all time when it happened in 1978/79. Together with the TV crew from German public television ZDF, Greiser took off in a helicopter and took a trip north to Schleswig-Holstein. His mission was to get a bird’s eye view of the snow disaster in the region. What he got in the end was more than what he had bargained for.  Because of him and his crew, he saved many lives of those who were stranded in cars drifted in meter deep snow. Because of him and his crew, he got the best picture for the front cover of Spiegel magazine (as seen in the first picture of the gallery), which later appeared in other books on the history of Schleswig-Holstein. Because of him and his crew, his photos, combined with the filming we got a round-look at what the great Blizzard left us from a bird’s eye view. We would have many more ariel photos, but Greiser pioneered it with a series on the great disaster.

There is a video with him narrating about his experience, which can be found here: 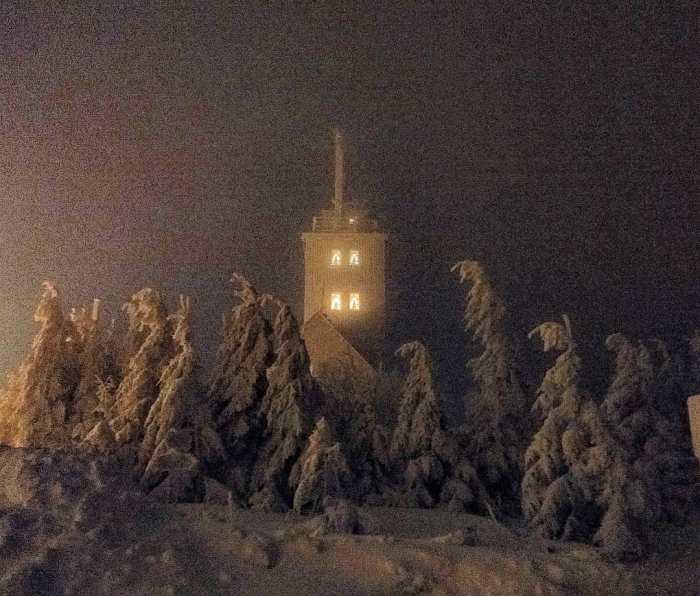 Americans' daily coffee ritual... Come right in to our friendly, rhythmic ambiance, It’s a communal enjoin where you can always explore our breakfast, brunch and coffee selections.

This blog is the result of an idea that's in my head for already quite a time. I love languages, cultures, travel and lifestyle topics and would like to write articles about interesting topics related to these topics. This blog is more a project that I start for myself. Of course, I will be happy if my content is also a valuable source for others, so that we can share our ideas and experiences.

Everyone has a story if you give them a voice.

thoughts from an american expat living in hessen

advice, tips and resources for your language learning

ANOMALOUS ME
Nuts and Squirrels