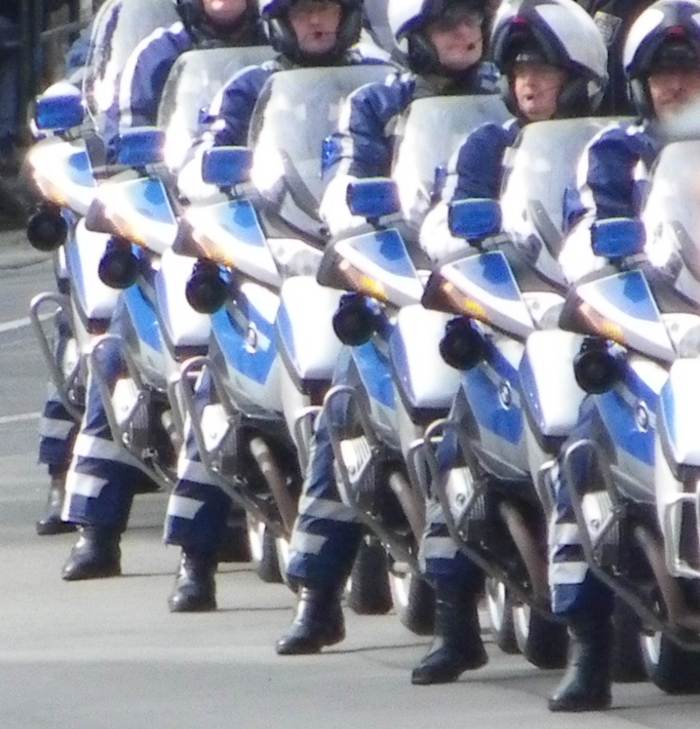 Glauchau (Saxony), Germany– Police in Saxony are getting a great laugh over a traffic incident on the Motorway A4 in the direction of Frankfurt (Main). Shortly before pulling off the route at Glauchau-Ost, police pulled over an Austrian couple, whose wife was in the process of giving birth. The officer, originating from Russia but having lived in the state of Saxony for 13 years, cracked up when she saw that the woman in the car on the passenger side was in the process of giving birth, but her husband responded to her claim of him speeding:

“HELP! My woman is becoming a baby!”

Before going further, look at the sentence and ask yourself why this is wrong. Did you find the difference?

If not then here’s a hint: The officer can speak Russian and English both like a native speaker. Now can you make the difference?

If still not, then let’s have a look at the word become.  Become has a similarity to the German bekommen just because of the spelling with a couple minor exceptions: in German, it’s replacing the C with K and adding another M.  Sadly though, the meaning of the two are clearly NOT different.  Here’s the simplest explanation to clear this up:

BEKOMMEN means a person is receiving something, whether it is a gift, message, etc. The English equivalents to the German word include: get, have, receive, secure, earn (money), gain, collect, take (from someone), introduce and welcome (someone new to the group or team), as well as accept (something from someone).

Keeping this in mind, let’s go back to the story: It did have a happy ending for the officer gave the driver a warning for going 25 kilometers per hour too fast and gave him a free ride to the hospital, which was on the opposite end of the city and required going through the city center. A happy ending for everyone and the family.  However, the Russian officer, who has two children of her own, gave him a lecture on English. You can imagine how it went:

Next time, it’s not woman but your wife. And it’s scientifically impossible for a grown adult to become a baby, let alone a woman. She’s getting a baby, or you can say She’s giving birth, She’s in labor or she’s having a baby. Got it?

He understood although from my own personal experiences, a person could technically become a baby if he/she throws a temper tantrum, especially over a bad grade on a test. But that’s a different story for a different time.

A. Determine whether these sentences are true or false. If false, please correct them.

B. Complete each sentence using get or become. Please pay attention to the verb tenses

C. Now translate the sentences in B. into German. Notice the difference between English and German in terms of the use of become and bekommen?

D. Translate the following sentences from German into English. Please note that there are some variants possible. Pay attention to the verb tenses as well.

Author’s disclaimer: The story of the Russian police officer in Saxony is entirely fictitious; however the phrase “My woman is becoming a baby!” was actually said during an English oral test at a school in Germany.  The names of the students, the teachers involved, as well as the place and name of the school were omitted to protect their identities. Inquiries on these are not desired.

One thought on “Help! My Woman is Becoming a Baby! A Look at Become and Bekommen.”