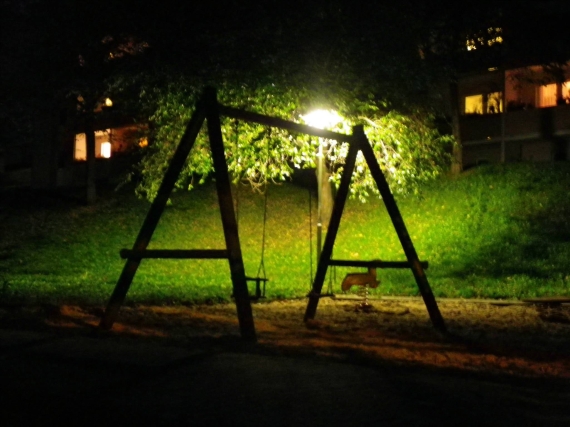 This is the first of 25 installments on Germany at 25 years, as we celebrate the country’s 25 years of existence since Reunification.

Johann Heinrich Pestalozzi was once of the opinion that in order to have a society of proper people with a creative state of mind and the ability to interact with each other, education has to start as early as possible so that the children do not become a generation of beasts without a proper form of education to survive in a modern society.  With the creation of orphanges in Neuhof, Yverdon les Baines and Stans (all in Switzerland), Pestalozzi encouraged his children how to be creative, while at the same time taught them how to interact with a society that was sophisticated and selective, through the use of letter, numbers and other creative forms of communication- the necessary tools needed to survive in this society.

While Pestalozzi died a poor man, his legacy was passed down to his disciples, among them Friedirch, William August Fröbel, a German educator from the state of Thuringia, who had created a Play and Activity Institute where through the usage of geometric materials (known as his Gifts), he encouraged his children to become creative in their own development, allowing them to create whatever they wanted and learn through their creative talents. In 1840, he coined the term Kindergarten, derived from the terms Kinder (children) and Garten (the place to create and grow). Since that time, the term Kindergarten has become the norm in both German as well as Anglo-Saxon culture, meaning an institution where children up to the age of seven attend on a daily basis to learn how to communicate with others and to be creative. But what is the difference between a German and an American kindergarten? And can each one learn from one another?

Looking at the American kindergarten, we can see the difference from a European’s perspective. Generally, Kindergarten is considered a grade (German: Klasse) and is part of the school system. As a rule, if you hear the words Grades K-12, that means 13 years of writing, math, reading and other forms of creative artwork, be it music, art, computers, etc. starting the at age of five or six. You have a full year in Kindergarten before taking that step and going into first grade, yet in many schools (and this is speaking from personal experience), you have half-days, meaning one group has morning Kindergarten from 8:00 until 11:30, another has afternoon Kindergarten from 12:30 until 3:00. How the groups are divided up depends on parental preferences and many times, the geographical standpoint. In my Kindergarten back home in rural Minnesota, the country kids had morning Kindergarten, the city kids had the afternoon portion. There were a few exceptions where kids  stayed the whole day.  During the time in Kindergarten, we learned the letters and numbers and started writing, yet we also did various forms of artwork, went on field trips to see the nature and lastly, learned to interact with others by sharing, being kind to one another and handling conflicts. While the landscape has changed over time, thanks to the high demands of testing and the Core Requirements, as well as the introduction of technology, the structure remains the same. Kindergarten is the last phase of the two-step process, where kids enter pre-school at the age of four or five for a year before entering Kindergarten. Prior to that, there is daycare although many parents stay home  with their children before putting them into pre-school.

German Kindergartens are much different from their American counterparts, independent of the fact that there are two types that exist: state-owned and privately owned (counting Montessori and Waldorf). In any case, children can attend a Kindergarten from the age of two on, and stay until they enter school at the age of six or seven- a span of 4-5 years. There, the children can stay all day or even half-days while their parents are away, while at the same time, become creative using the materials and tools at their disposal. Some kindergartens offer the kiddie version of industrial arts, where they can build many things using wood. Others have paper, clay and other materials available for them to allow their imaginations run wild. My daughter’s kindergarten in central Germany has both and I (as a parent) along with the educators (German: Erzieher) were amazed at some of the items she has produced over the years.  Yet that is not all what the Kindergartens in Germany teach them. Many of them take their children on field trips to several places of natural and/or historic interest, many of them only require 15-20 minutes of walking in order to get to their destinations as they are only a short distance away. Even when all is in close vicinity of each other, these field trips allow the children to explore and learn new items they have never heard of before.

Also unique in a German Kindergarten (which you will most likely not see in an American one) is the opportunity to learn a foreign language at an early age. Through singing, learning new words, role plays and other items, children have an opportunity to learn both German and another foreign language (mainly English, but some offer French as the first language) at an early age.  As all German states require schools to introduce English in the first grade and French (or another foreign language) in the third grade, this type of bilingual education, albeit not in all Kindergartens, provides children with a headstart on their language training when they enter school. With globalization dominating the landscape, it is a must to learn your native language plus one other language as early as possible. At the conclusion of the time in Kindergarten, there is a closing celebration followed by the start of elementary school. But this celebration will be written later.

When comparing the German and American kindergartens, one can see the difference in terms of flexible offers and classes, the quality of education and availability of teachers and resources. While American Kindergartens maintain a strict guideline, are incorporated in the school structure and only offer 1-2 teachers for every 25 children, German Kindergartens are a single entity with as many as 4-6 educators for every 30 children- two per group- in a Kindergarten. More attention is paid to the development of the kids  in Germany. And even when they learn the numbers and alphabet in an American Kindergarten, the emphasis in a German Kindergarten is the importance of independence, respect and friendship, whereas the writing part, despite many kids learning it early even at home, usually starts in elementary school, especially as dualingual education has become the norm in much of the educational curriculum in Germany.

This leads to the question of whether we can learn from each other. The answer to this question is a resounding yes. Even though there are some different types of Kindergartens in Germany, and the number of private Kindergartens are increasing in the US as well, Kindergartens in the US would be better equipped if they allow the children to develop on their own and not be obsessed with writing and numbers at an early age. With the education system focused mainly on tests, kids are forced to write earlier than expected instead of being creative and exploring new things every day. And while some critics may say that bilingual education in the Kindergarten is too early and that the kids should first learn their native language first (at least in the oral sense), sometimes it does pay to learn to be at home with two languages given the high demand of English, Arabic, Chinese, French and Spanish as the lingua franca nowadays. Therefore keeping all these factors in mind, one needs to find the right balance between learning and creating something for the good in a Kindergarten. After all, the kids of the next generation need to learn to work and have fun and not be focused on tests alone.

To sum up our view of Kindergartens, as the term has been in our vocabulary for 175 years, the institution has advanced over time as kids need to be prepared for the constant changes in the environment, yet the purpose remains the same: to teach kids to be creative and independent, respectful and talented, and lastly, as Pestalozzi stressed and Fröbel used in the establishment of the first Kindergarten in Germany, be civilized in a society where multi-culture and modernization are the norm, and the children has to adapt to live in it, but change it for their benefit. However, the Kindergarten is only the first stepping stones to the development of the children, teaching them the basics of interaction and creativity, and establishing a foundation to build off of when school starts. When the first steps are taken, it becomes easier in the long run.

2 thoughts on “Germany at 25: Kindergarten”

Very Many Much Yes